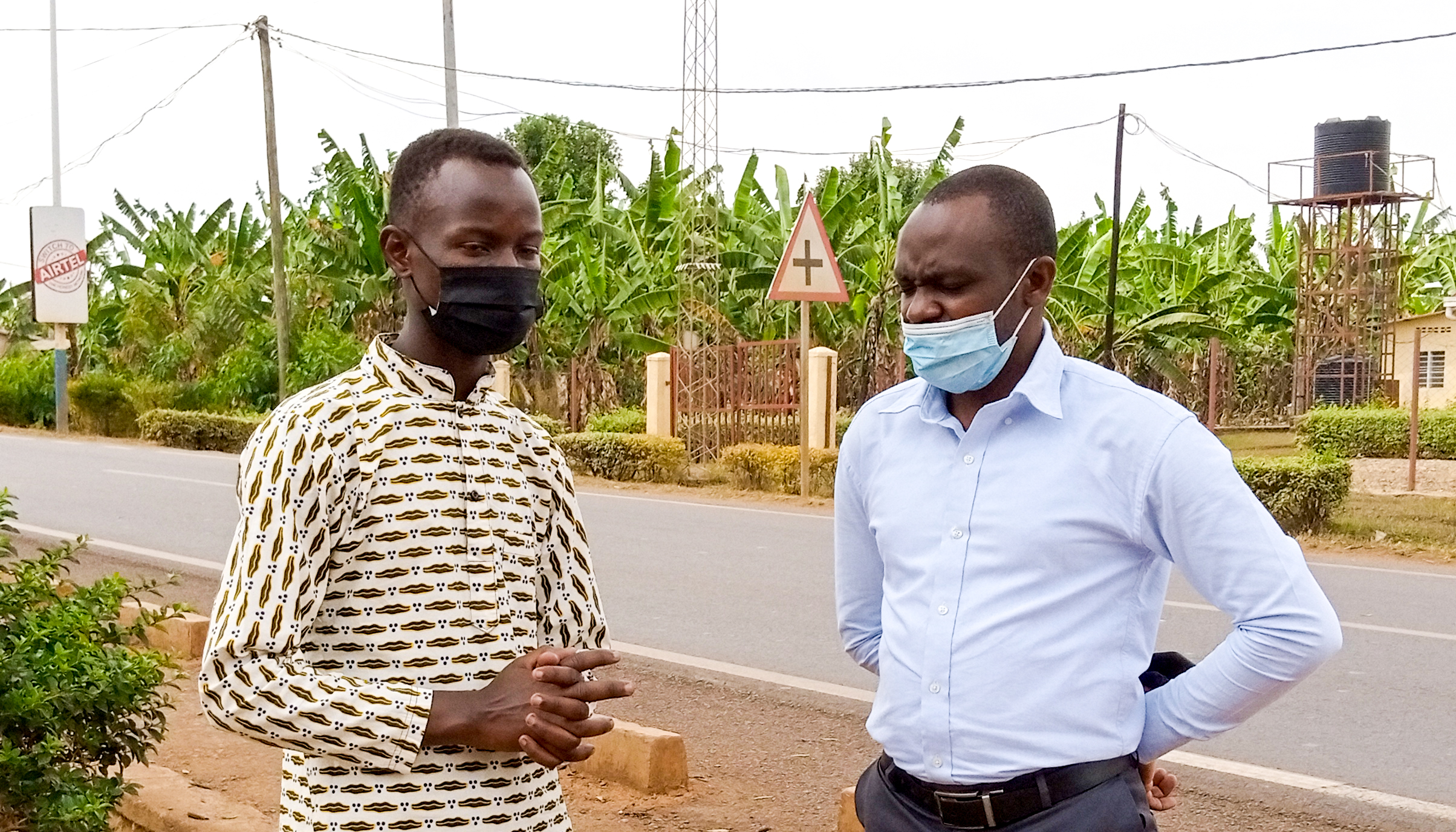 Rukundo Steven, 17, grew up in despair because he did not know his biological father. He kept wondering why his mother could not reveal who was his dad was, only to later realize that his mum used to engage in sexual immorality and she was not sure who Steven’s dad was.

“My mother married another man while she was pregnant with me and when she delivered, her husband asked her who was the father of the baby and my mum said he was the one but he could not take it,” recounts Steven.

Steve grew up in that rejection. At some point there was hope when there were plans for a DNA test but a dispute arose in regards to payment of the test and his hopes were cut short.

On the last day of a weeklong mission in Kayonza, Rwanda, Steven met two AEE missioners along the street in Kayonza doing evangelism, and they asked him if they could speak with him for a few minutes, and he could not refrain. They shared with him about God’s love, as the hope of all men.

“I came to know how sinful I am and about God’s judgement upon me, and it was very touching and I felt the need for repentance of my sins. I wanted to release my burden to Jesus Christ, and I immediately decided to believe in Jesus Christ. I now know God’s love through Jesus Christ who carried my sins on the cross and my burdens included,” Steven testifies.

Steven resides in Mukarange, Kayonza District and he committed to join Pentecostal Church (ADEPR) as a means to seek spiritual growth.

AEE Rwanda in partnership with churches in Kayonza District in Rwanda conducted a weeklong mission between 15th and 21st August in strict adherence to Covid 19 protocols. Over 8.000 people were reached and 1,468 committed to the faith and accepted Jesus Christ as Lord. Keep the new converts in prayer and pray also for AE Rwanda and the churches in Kayonza as they implement the discipleship strategies.